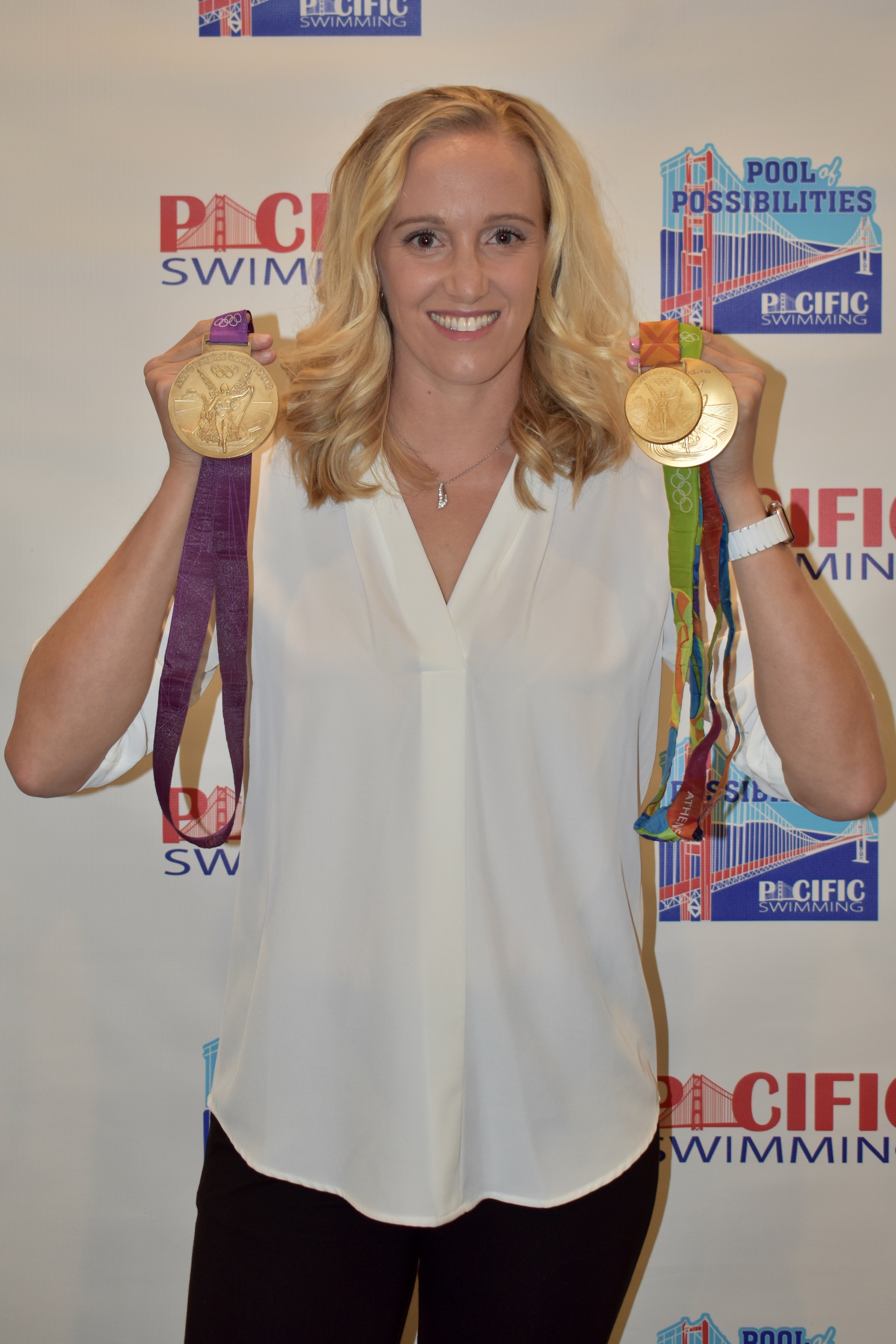 The annual PacSwim Awards took place on Saturday, October 12th at the Crowne Plaza Hotel in Concord. Swimmers, their families and coaches from throughout the LSC joined to enjoy dinner and special guest, Olympian Dana Vollmer. Each nominee received a Pacific Swimming kickboard and multiple awards were handed out. Top awards for Swimmer of the Year went to Zoie Hartman (CROW) and Ethan Hu (PEAK). Race of the Year honors went to Alexis Mesina (PLS) and Christopher Winalski (SCSC) in the Age Group category, while Zoie Hartman (CROW) and Ethan Hu (PEAK) were the Senior Race of the Year recipients. A total list of all of the evening's award recipients can be found below.

You can view all photos taken by the photographer, Laura Bastin, at the event by clicking on the following link
Awards Banquet Photos 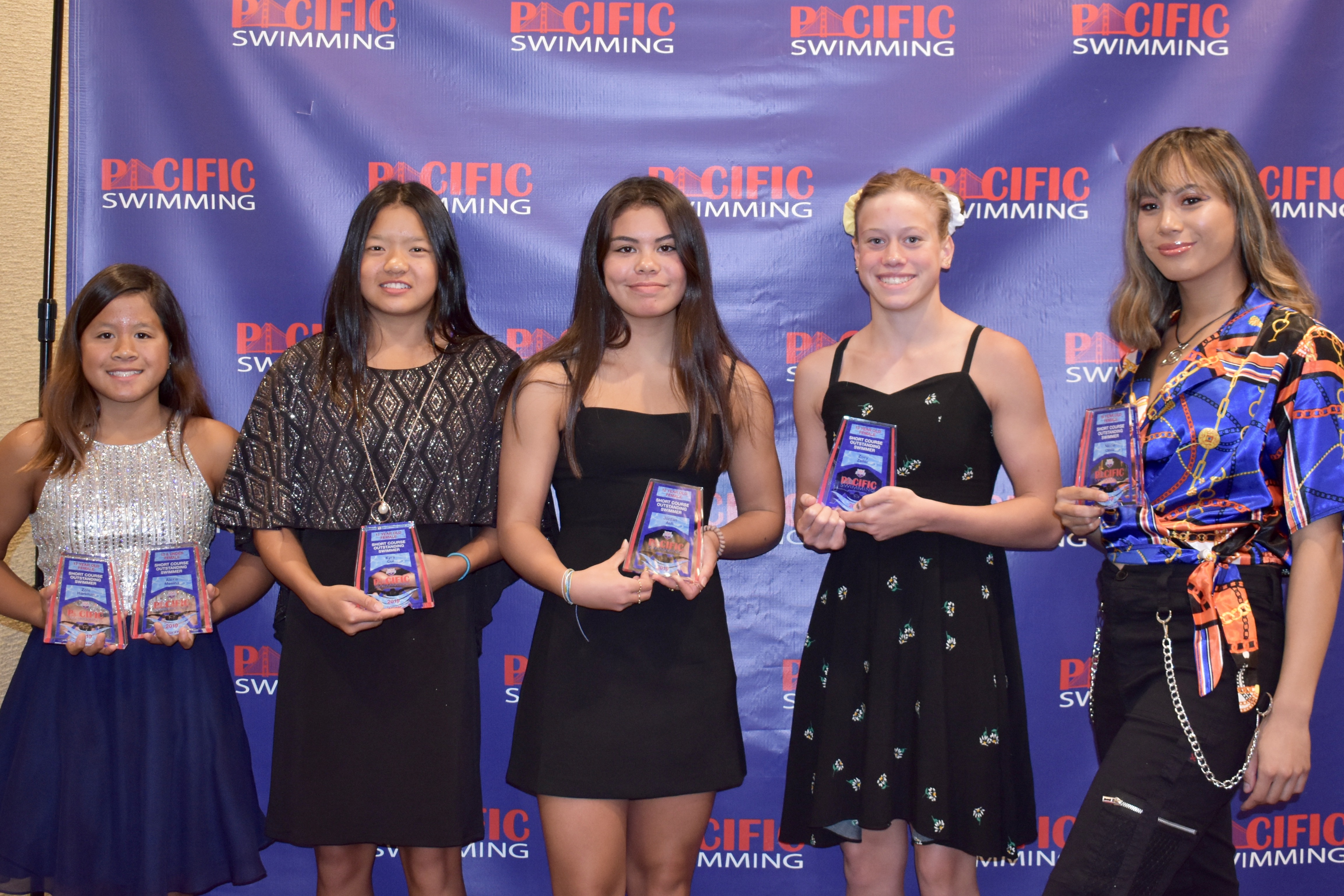 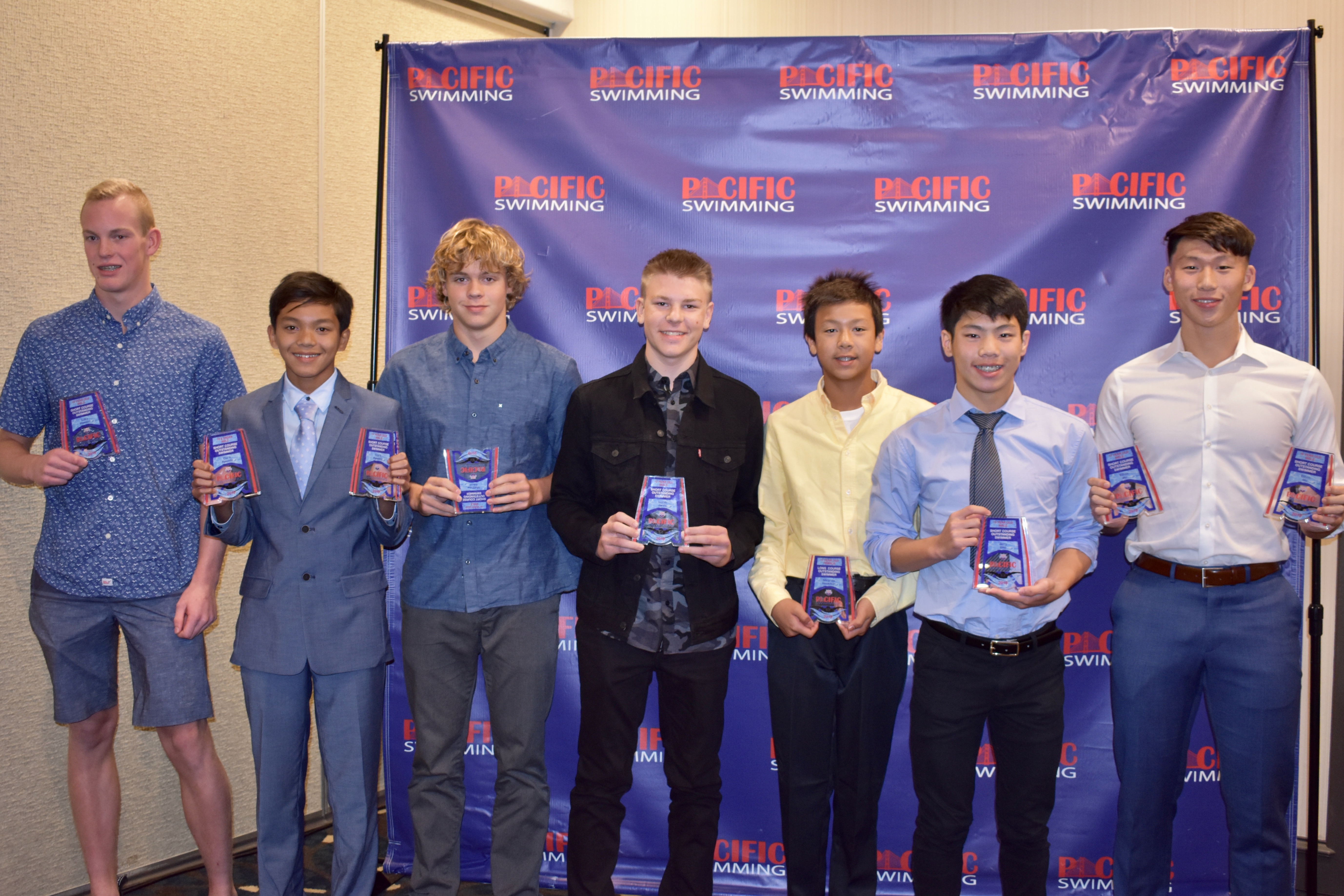 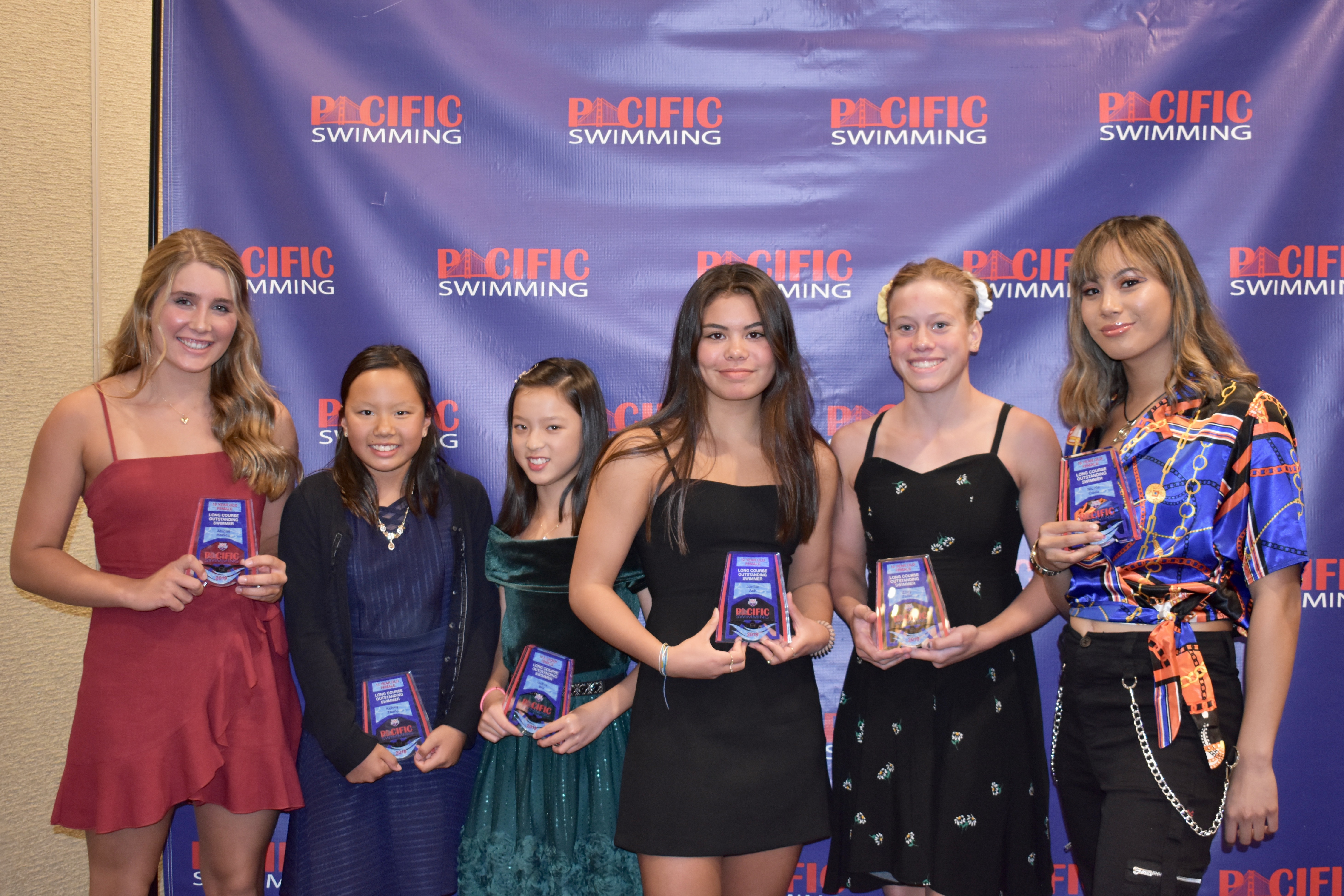 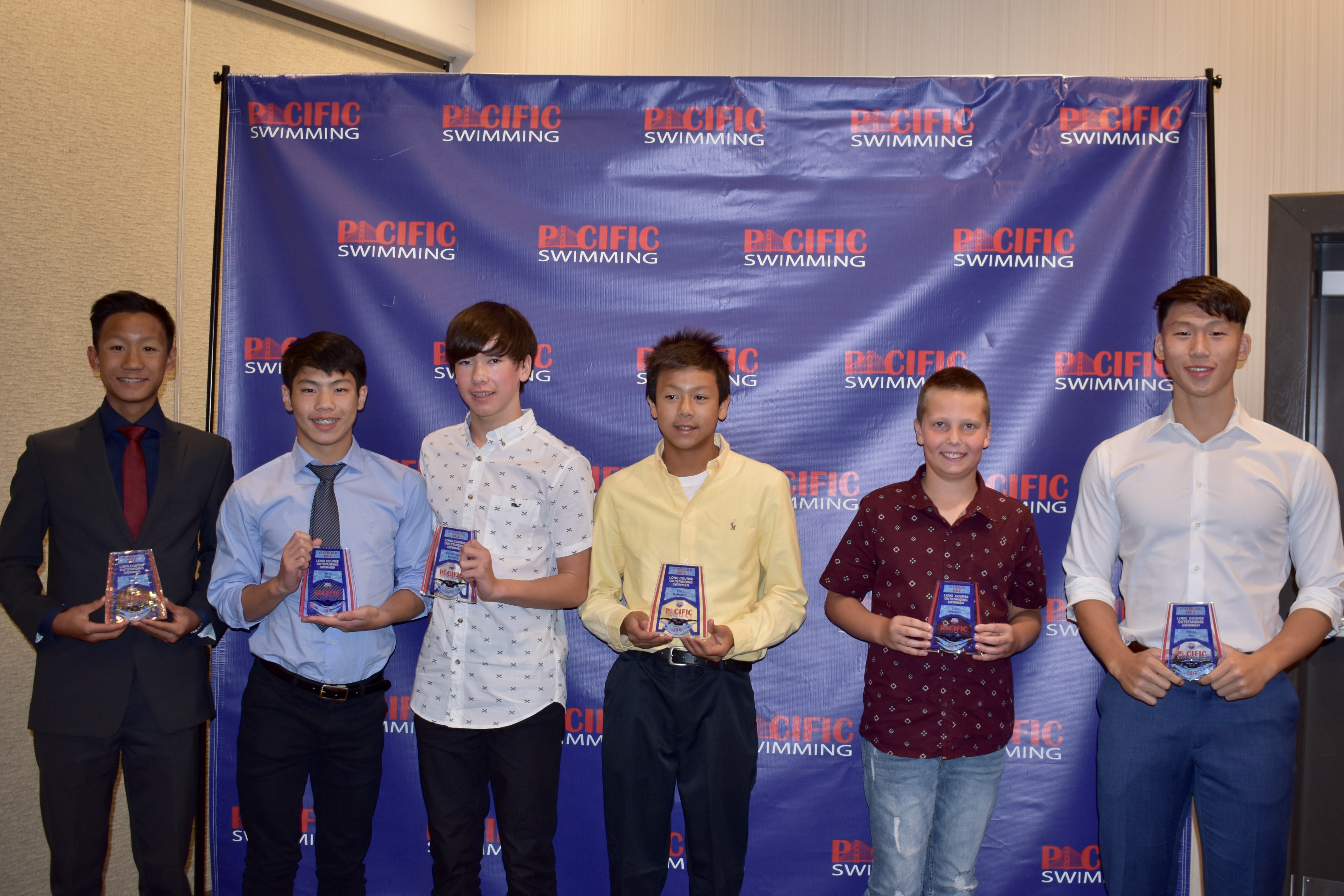 RELAYS OF THE YEAR 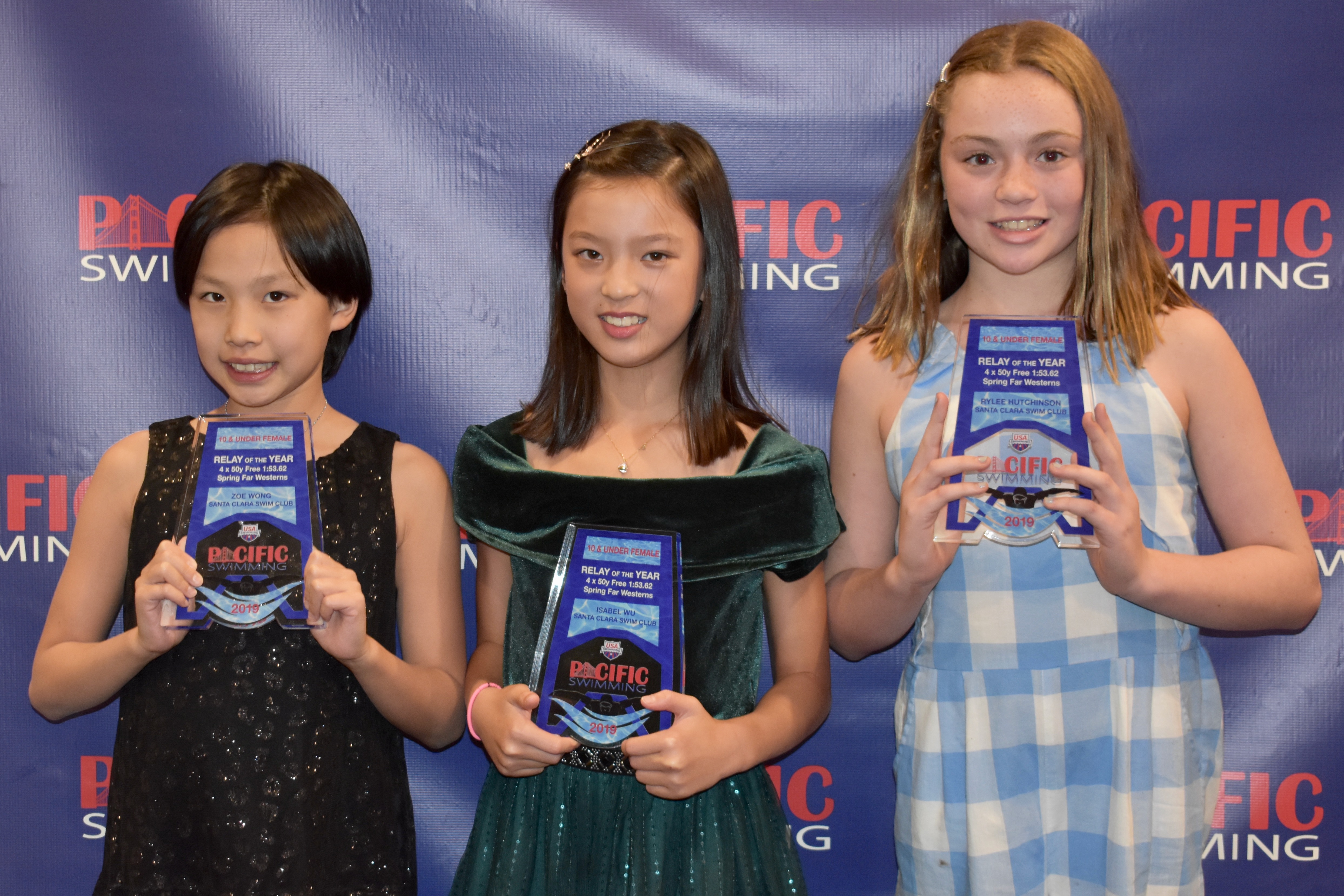 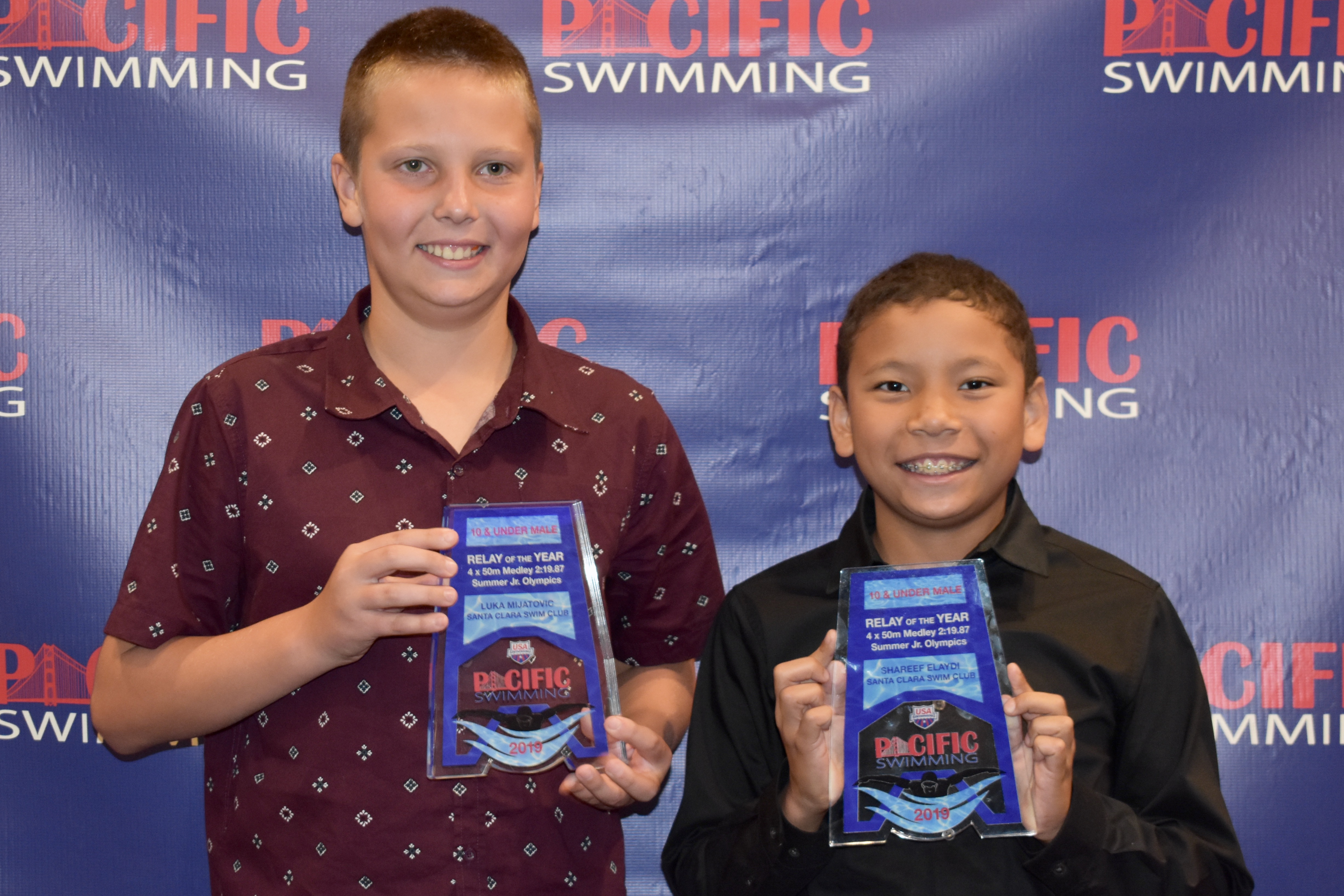 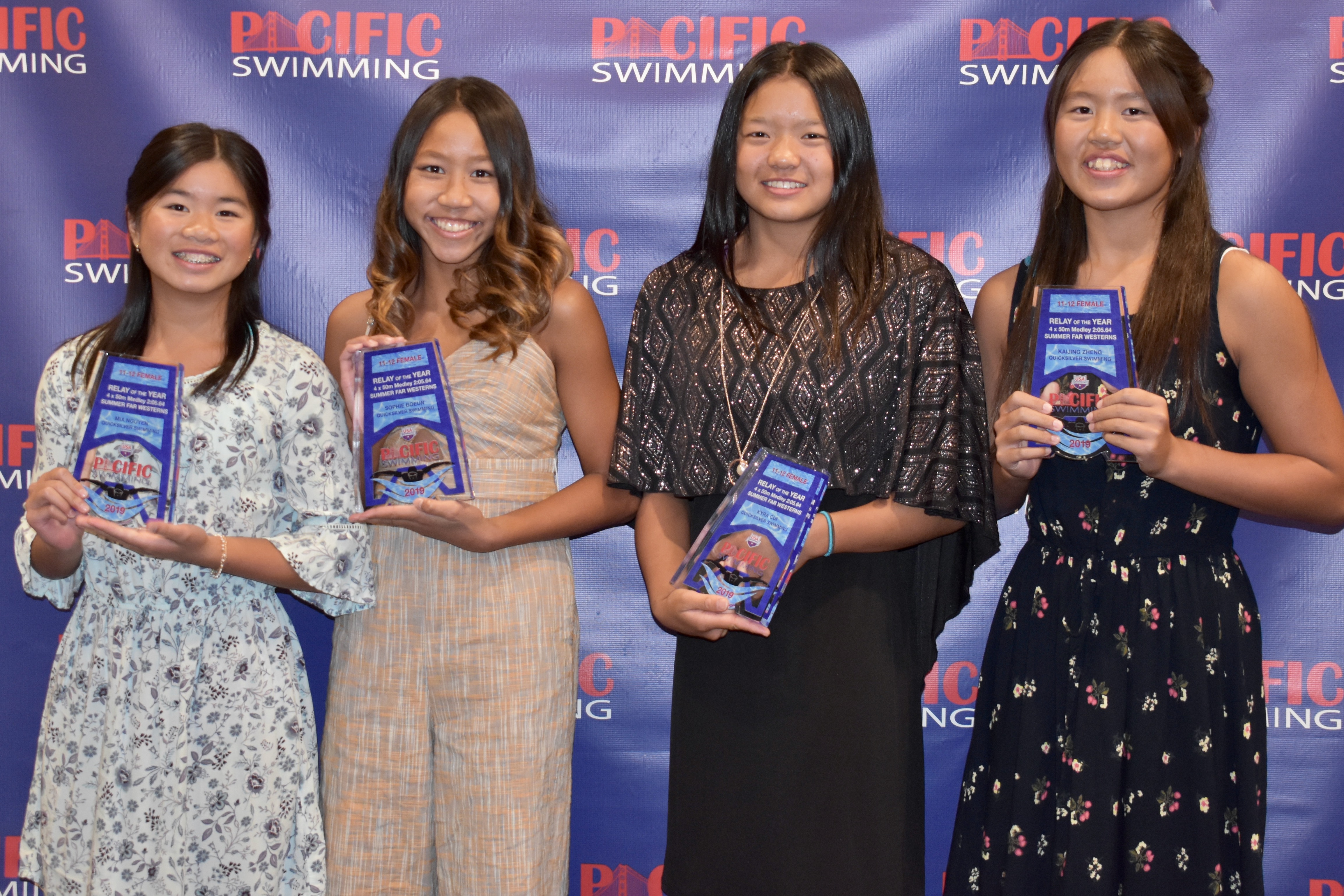 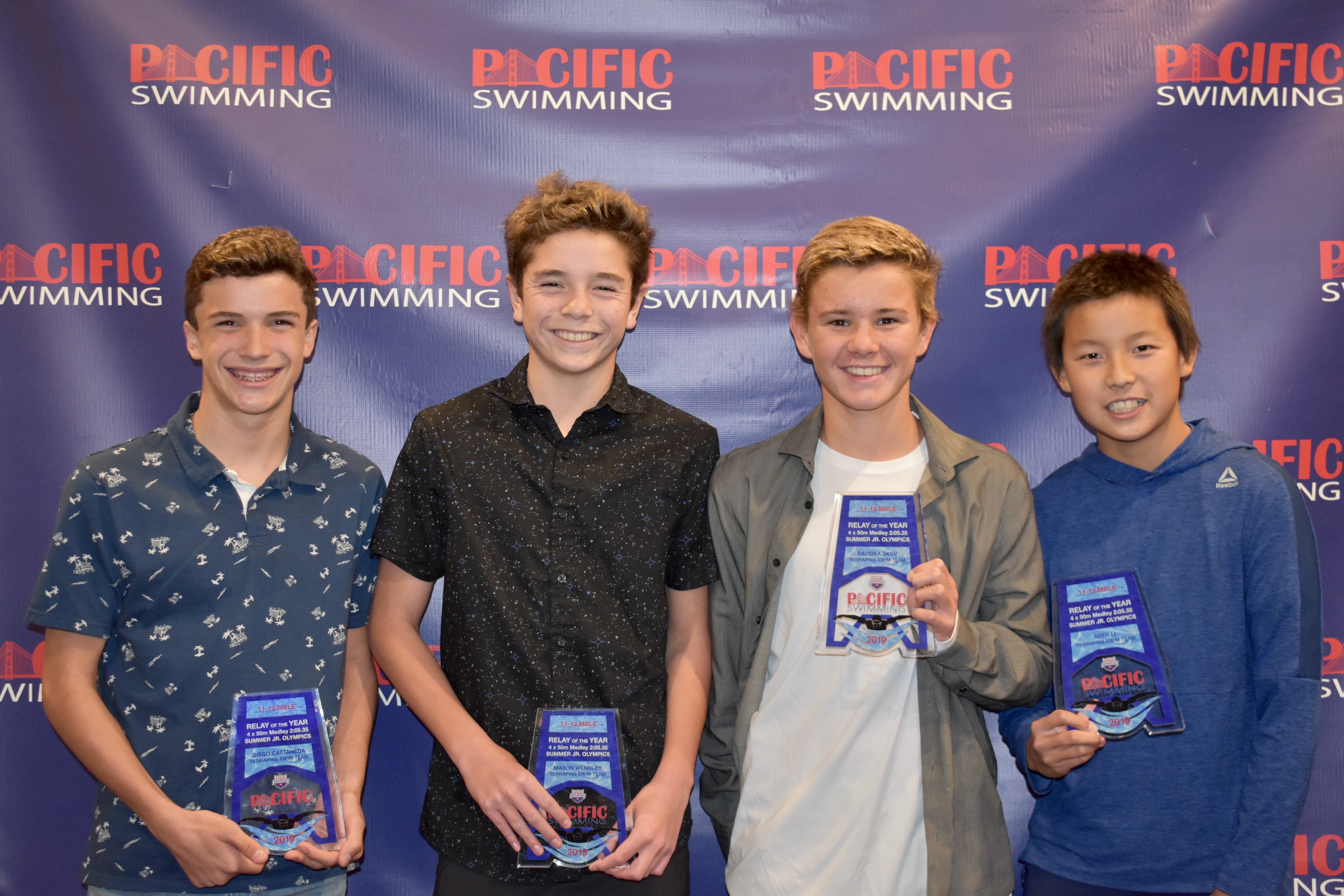 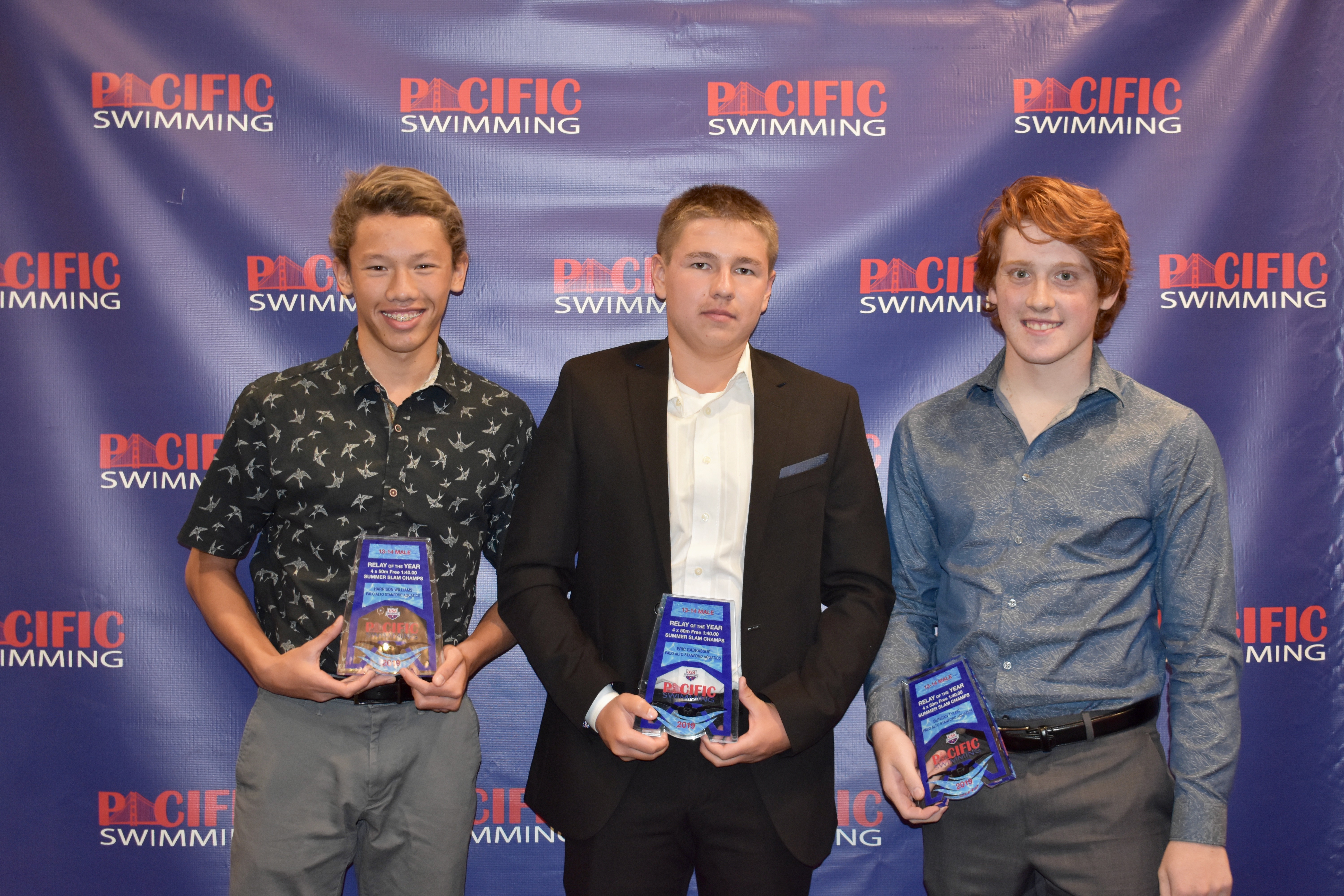 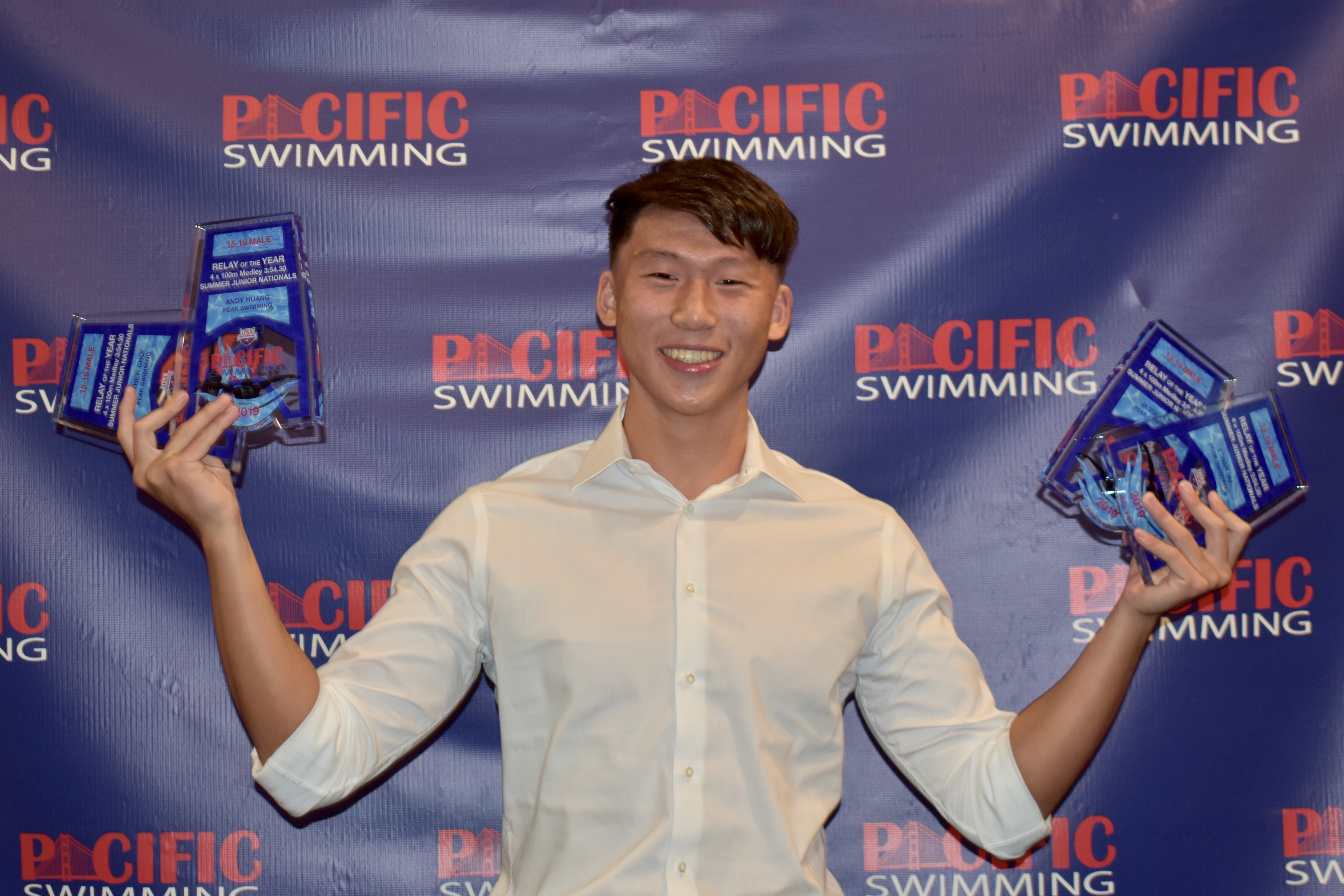 RACES OF THE YEAR 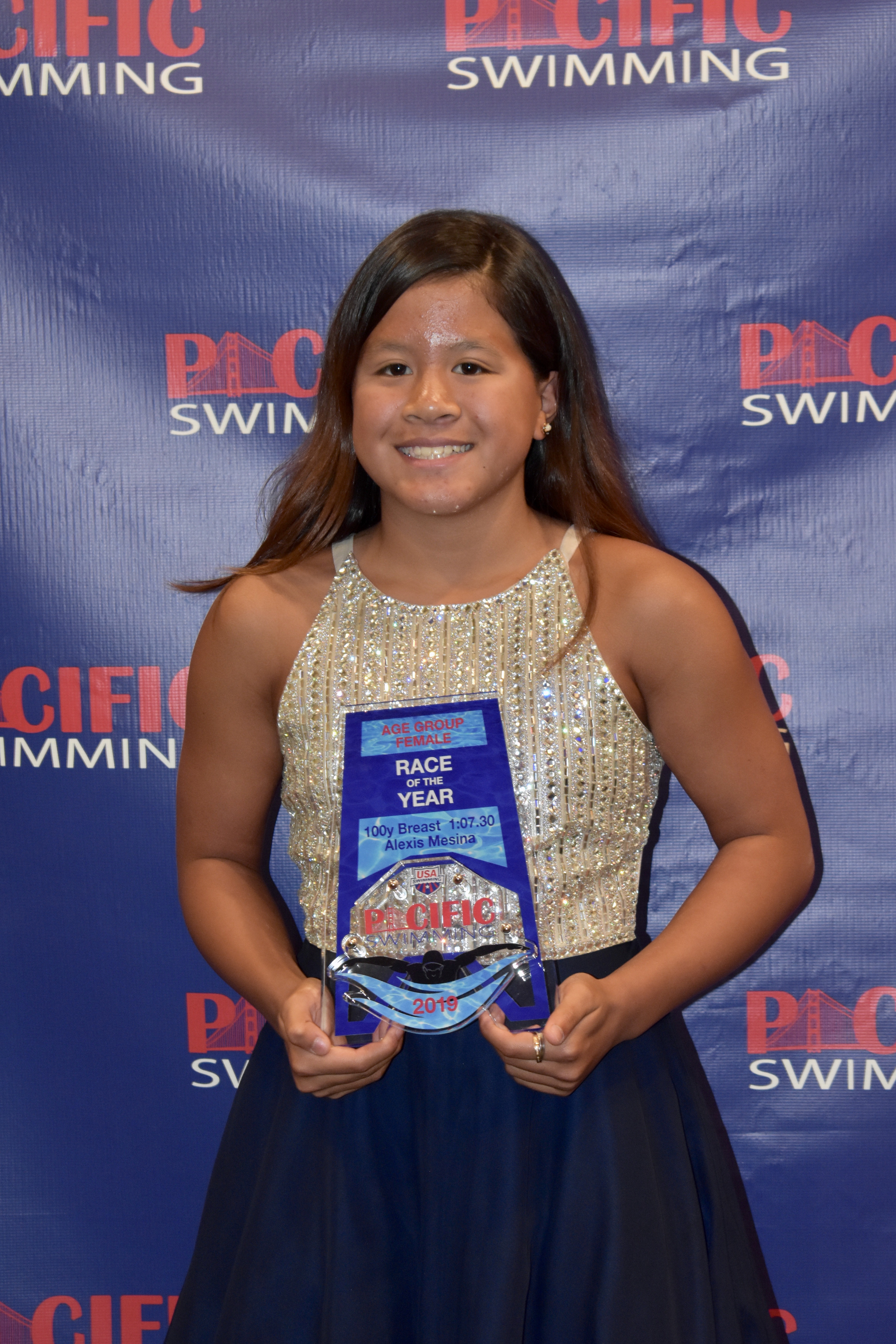 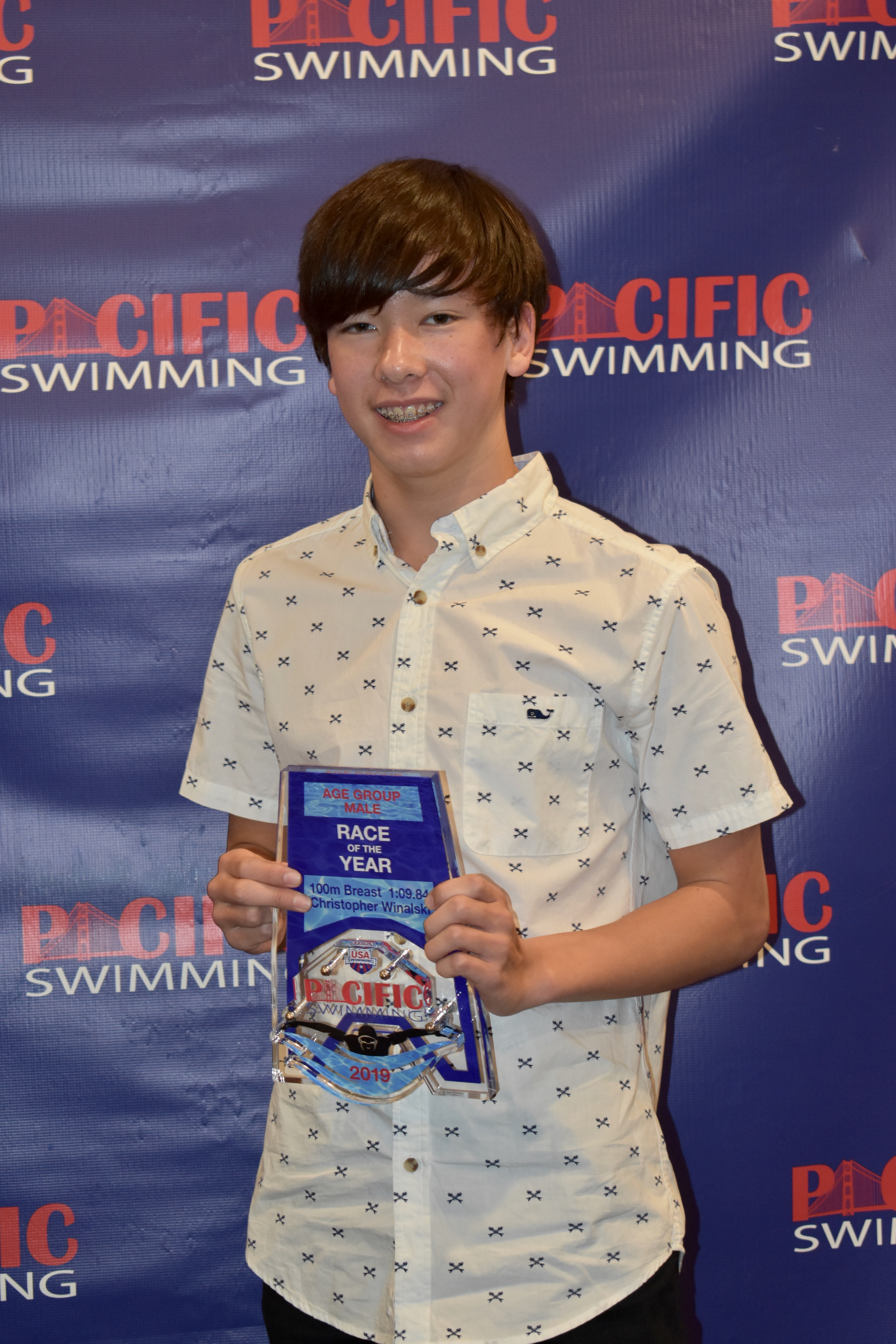 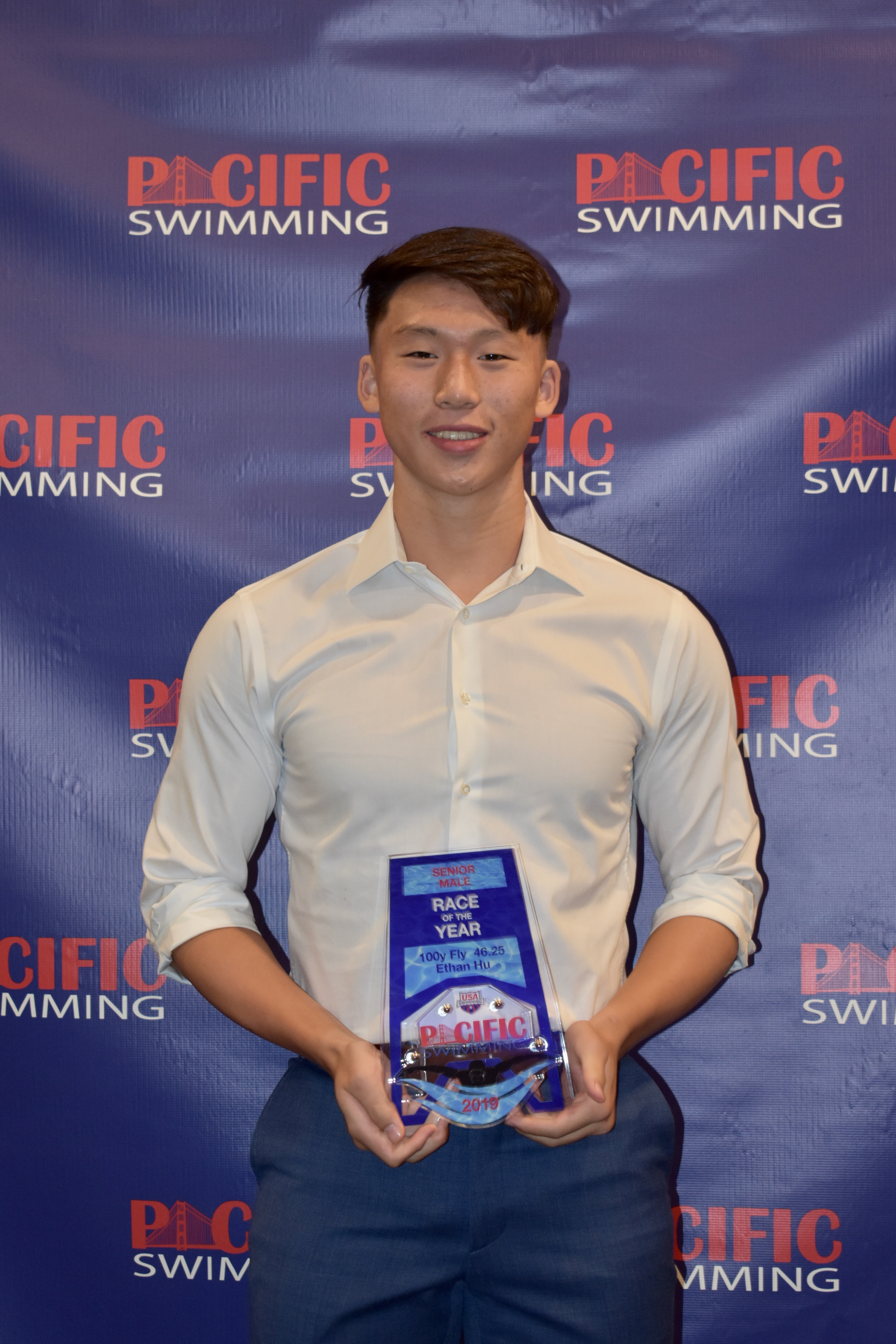 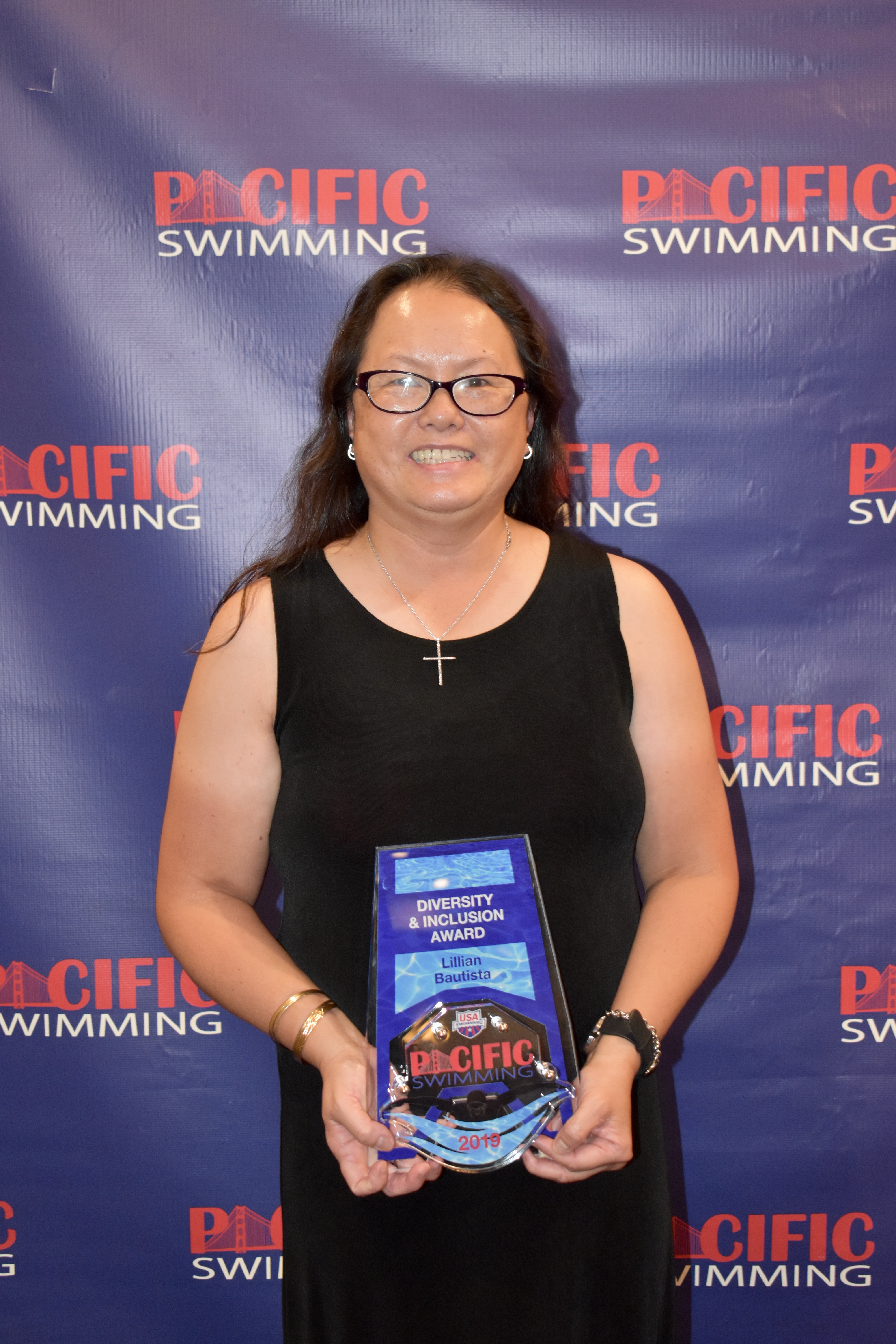 SWIMMER OF THE YEAR 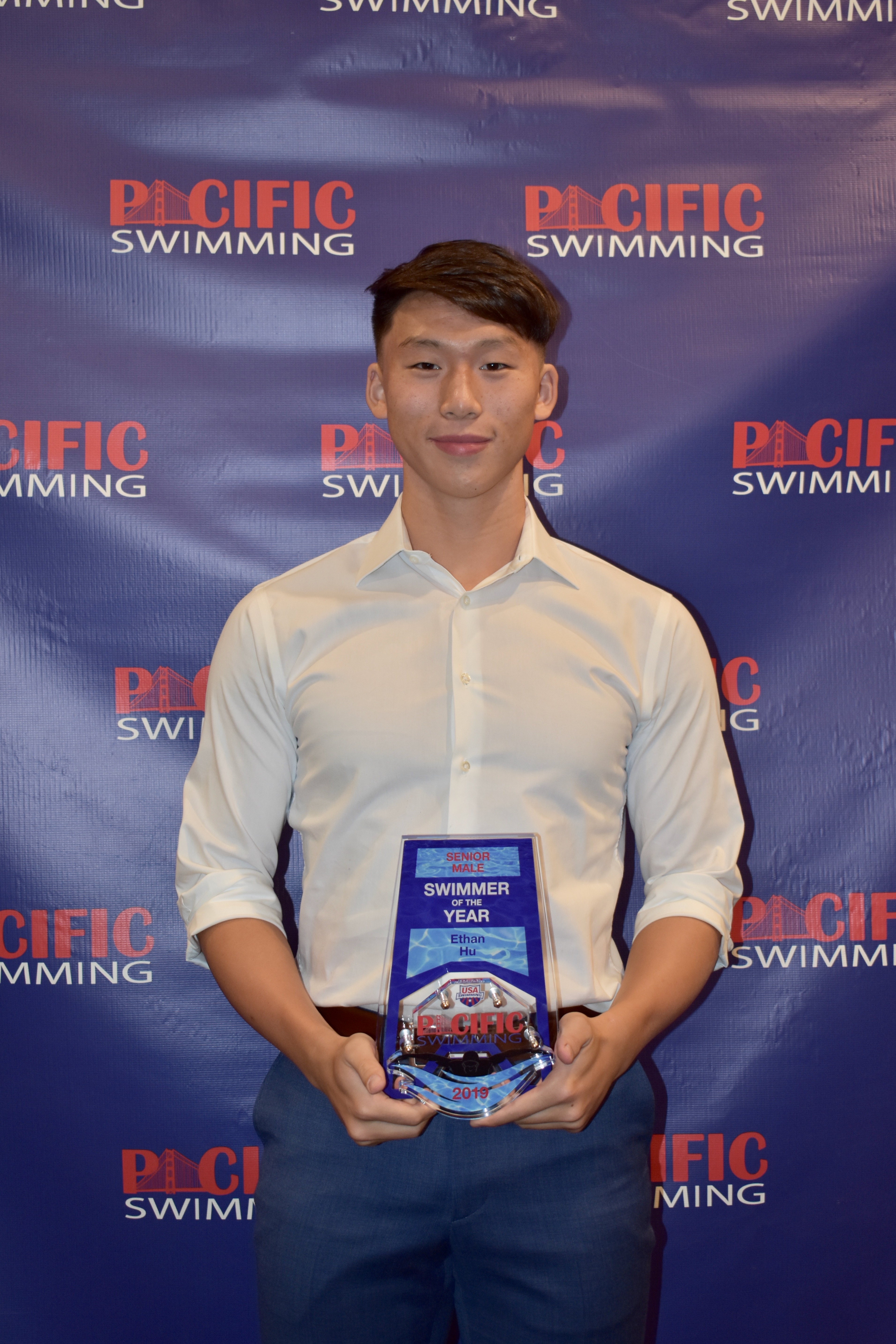 COACHES OF THE YEAR 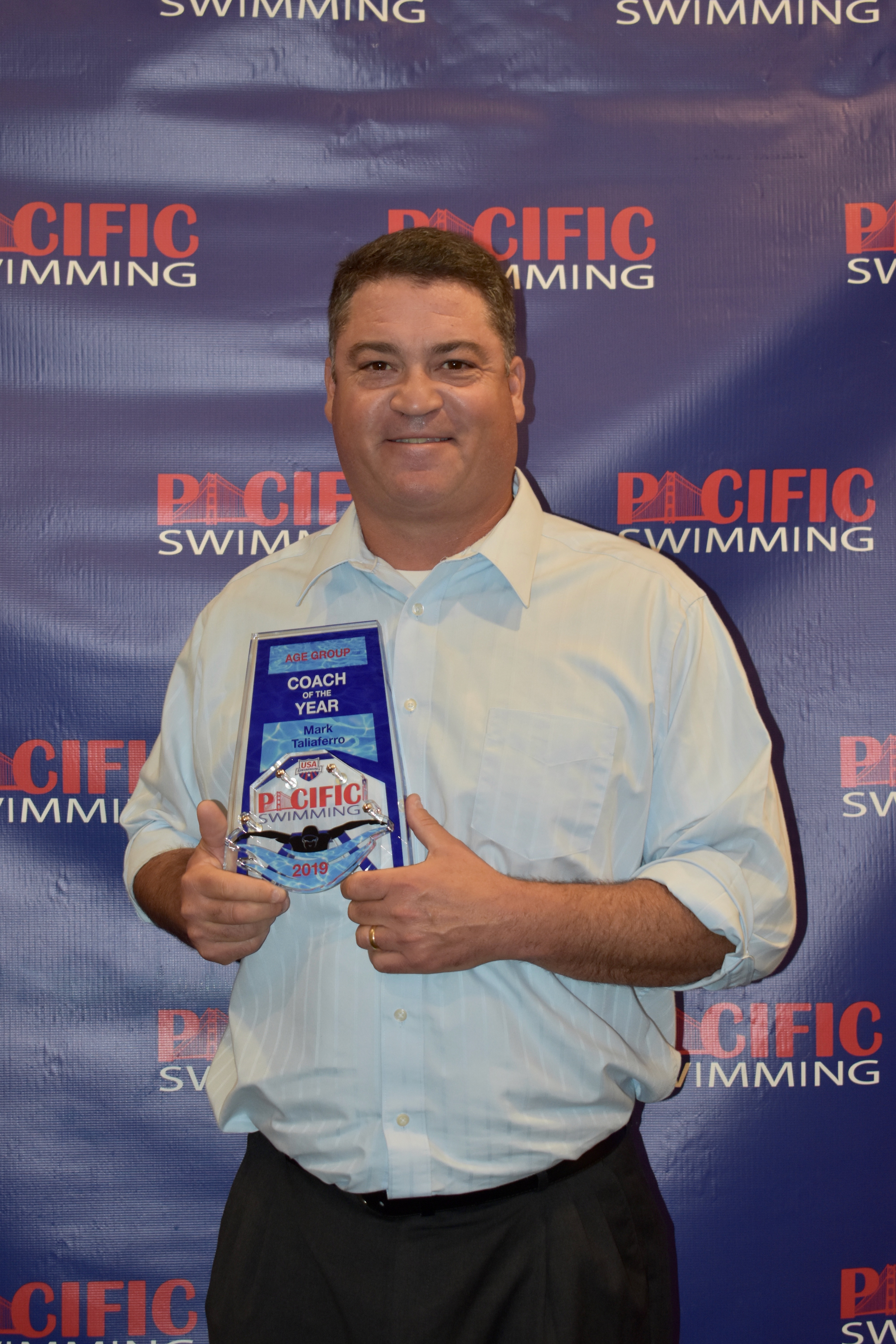 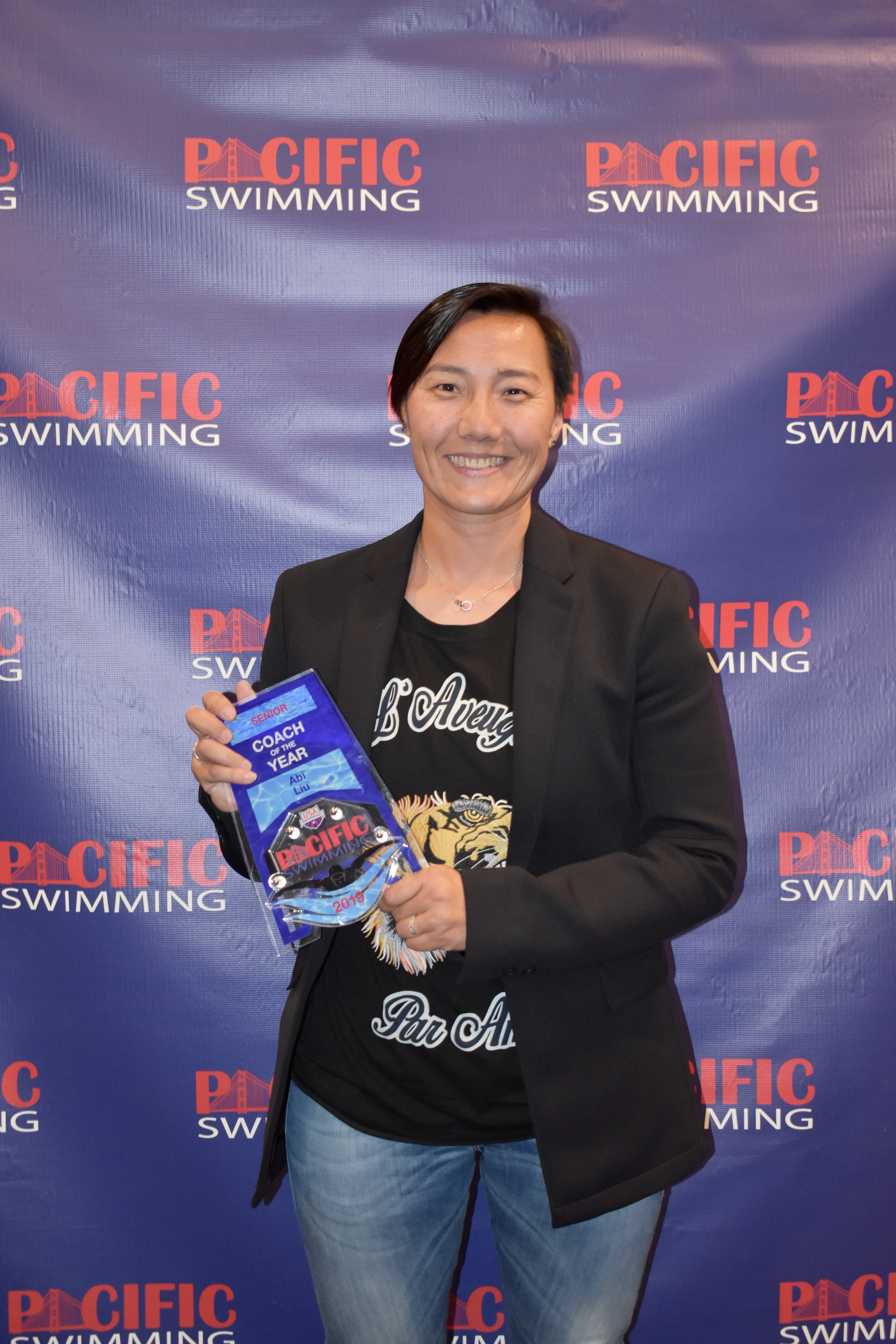 Congratulations again to all the participants and winners of the 2019 PacSwim Awards. You can view all photos taken by the photographer, Laura Bastin, at the event by clicking on the following link 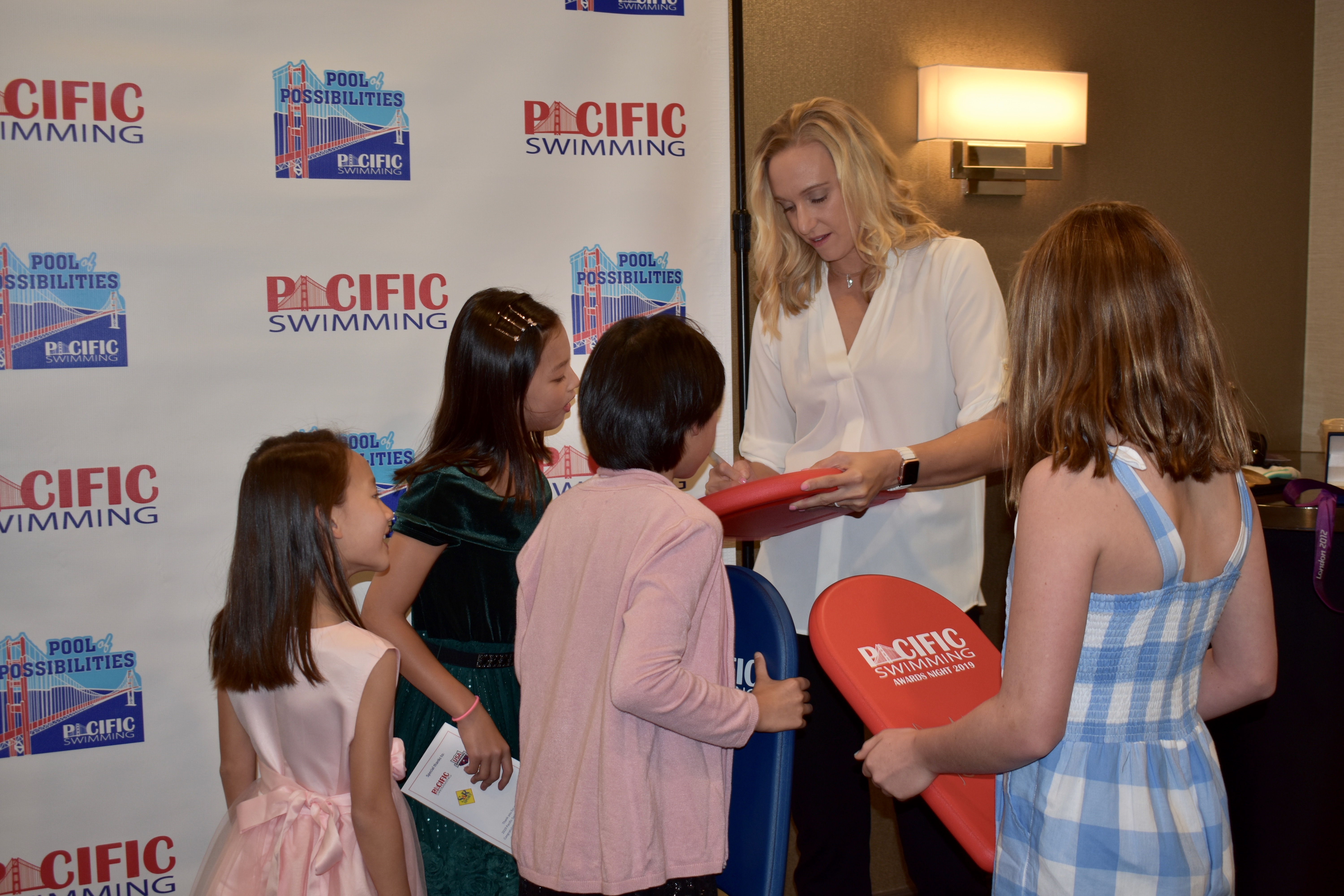 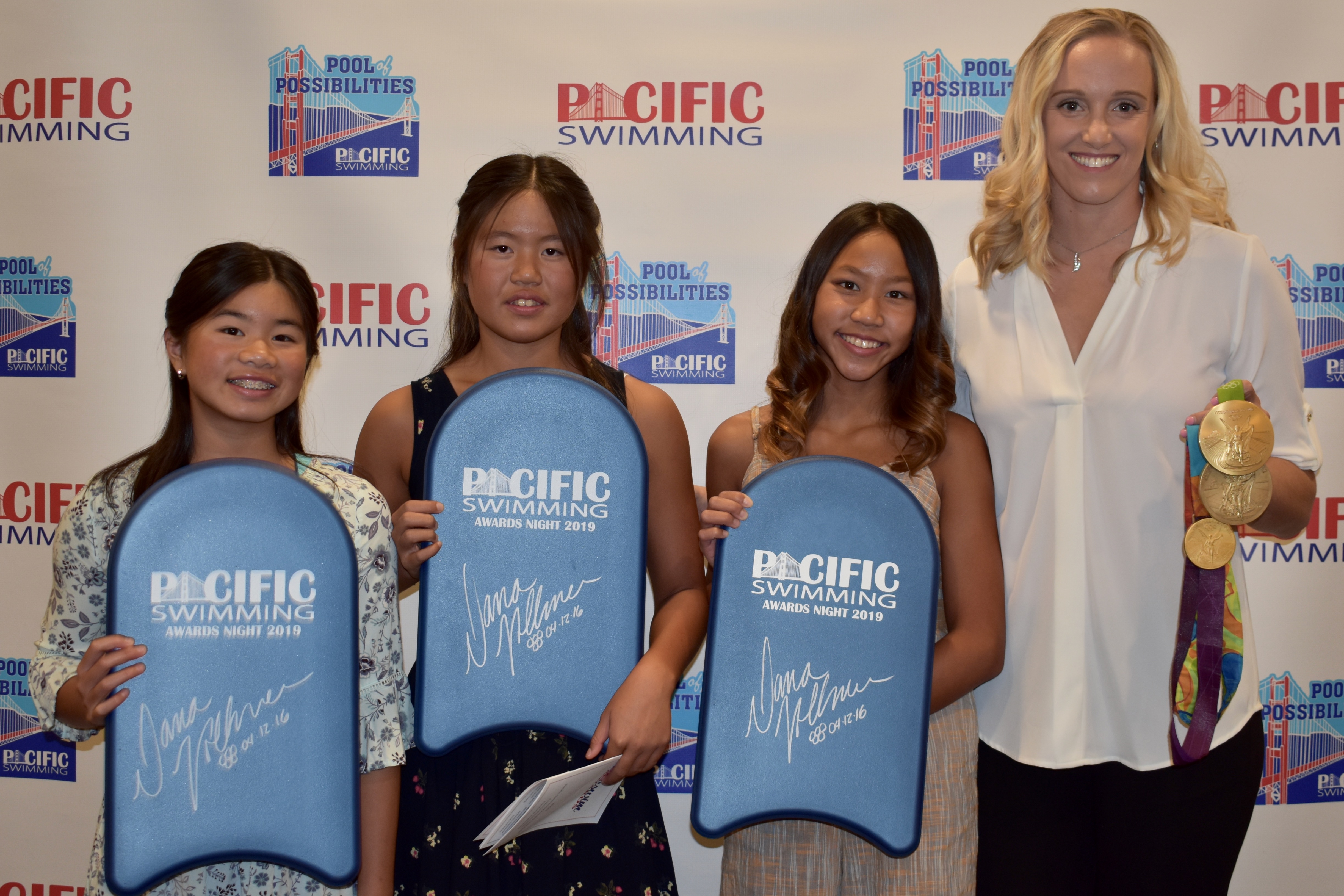 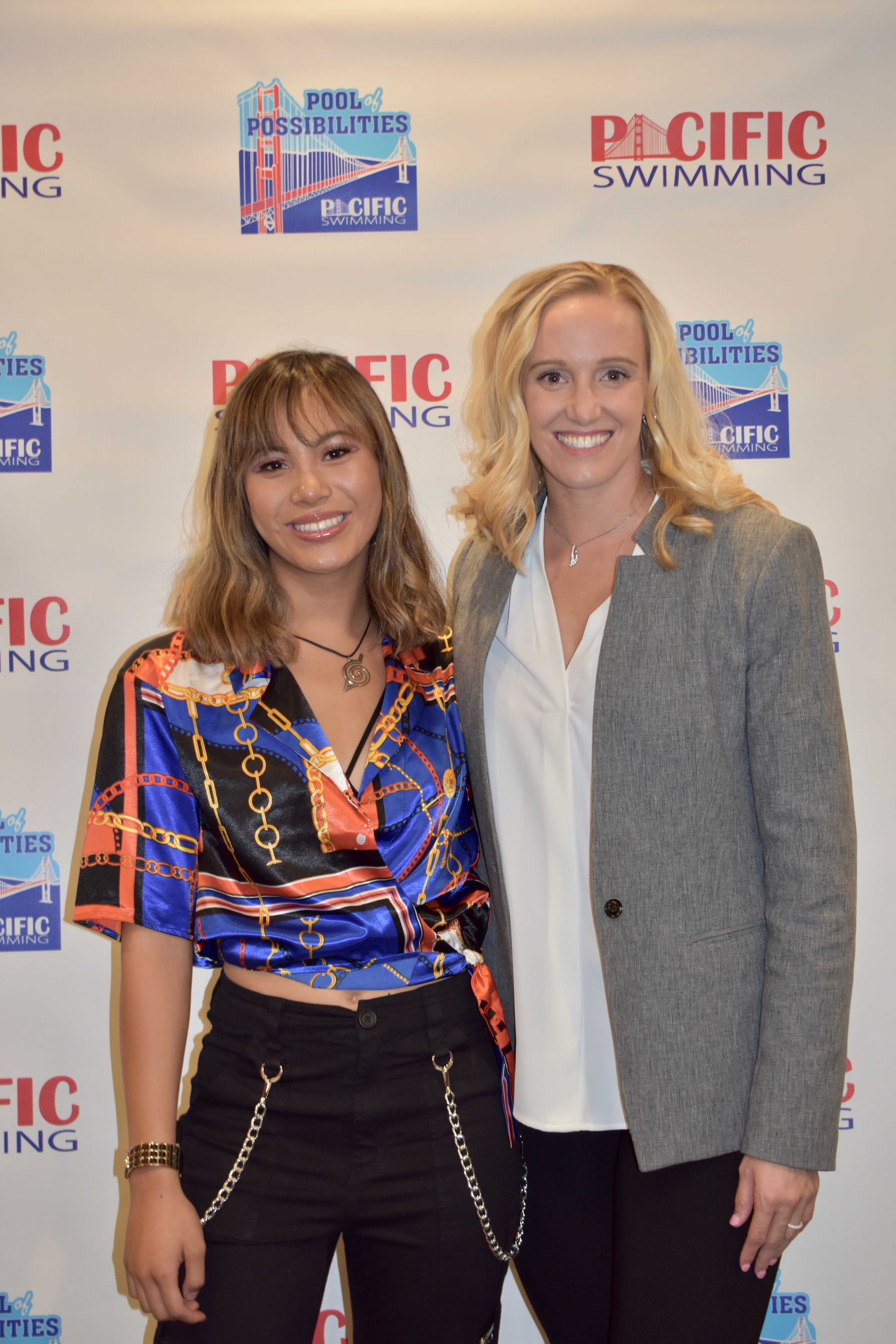 Photos may be viewed and/or downloaded and printed. Thank you Laura!